When I began the filming process for this video I really wasn't sure what I would end up with. During the creation of this video I learnt a lot about filming, choosing good locations and editing. Most importantly I created an honest reflection on my teaching and learning over the last six months.


Posted by Clarelle Carruthers at 20:32 No comments: 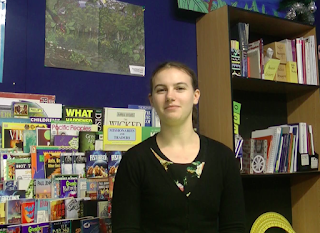 
Check back next week for my interview movie.
Posted by Clarelle Carruthers at 20:23 3 comments:

This week we created a screencast to show how learning can be accessed through our class site. My video explains how learners access their reading learning. The group that I have used in the screencast used both digital tools and creation using physical materials. They were developing the skills to work together to create their bridge and share their ideas for their report. Through this video you will see how learners in our class learn, create and share.

Note that this lesson is achieved under term one on the Batman page.

The class site makes learning public, anyone can access our site and see the learning the occurs in our classroom. The learners blogs are also public so anyone from anywhere in the world can see their learning and provide positive, thoughtful and helpful comments.

Here is a link to Ben's blog.
Posted by Clarelle Carruthers at 09:56 No comments:

This week at our MDTA day we learnt about Manaiakalani Google class On Air. We looked at how these are records. I continue to be amazed by the way that these teachers are making learning visible and sharing good practice. It is awesome watching teachers share what they are doing to engage and inspire learners.

If you haven't check out google class On Air yet you really should: Here is a link

As I think about how this apply to my own practice I realise more and more that this practice is good for the teacher, their learners and the profession. For teachers the ability to put out their what they are doing, get feedback is powerful. As learners in these classes traffic is directed to their blogs so they get more of an authentic audience.  This also helps the profession because it puts out a positive image of teachers, it allows for sharing of ideas and an example for teachers in training to watch and reflect on.
Posted by Clarelle Carruthers at 18:49 No comments: