Term One Data: A first look

As Term 1 approached I was filled with excitement for what my inquiry might be and the benefits it might bring to my teaching and the learning of my students.

I had seen the positive impact that movement and song had had on learning in the past and during lockdown I again saw the excitement and eagerness of the children to engage in Jump Jam and other physical activities even from home. I began to wonder if this could help to combat the challenge we were having in Mathematics were children were struggling to retain the key facts and ideas needed to solve more challenging problems.

As you can see I got excited and may gave jump the gun a little bit.

Coming into term one things were not normal (if normal is even a thing anymore). The omicron wave swept through our community bring down class numbers and meaning constant change. Luckily my team planned together reducing stress but as limiting the amount of data collection I could do for my Inquiry.

In mid February I collected some data with the learners in front of me. I looked at their Mathswhizz Levels from their placement tests.

I also asked the 9 learners present at that time to complete a survey about their feels towards maths and how they view their ability. 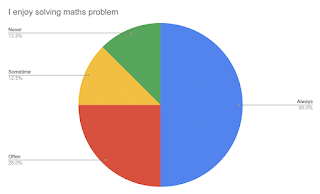 Majority of the learners stated that they always or often enjoy solving maths problems. Only one of the 9 children said never and one said sometimes. 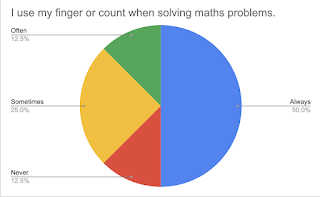 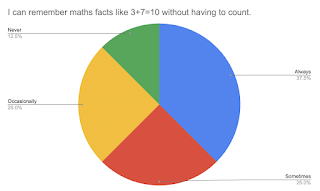 We asked about their use of counting and ability to remember facts. Most said that they count to solve problems with only one learner saying they never did. They had a more positive view on their ability to remember facts with 3 stating always, 2 sometimes, 2 occasionally and 1 never.
What this shows is from this small sample they are aware that while they enjoy maths there are areas that they struggle with.
I hope to redo this survey and a parent version in early term 2 when more learners are at school.

Posted by Clarelle Carruthers at 12:31 No comments:

This year I wanted to look at a different challenge for my learners and something that would be impactful for learning now and into the future.

As such I looked at what the Makanaialani data showed. What I noticed was that for all year levels our cluster and school data was tracking similar to the norm but between it.

This shows the data some of which is matched data for 2021-2022 year for PAT Maths in Manaiakalani and for our school. 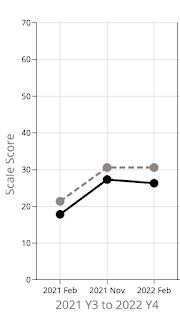 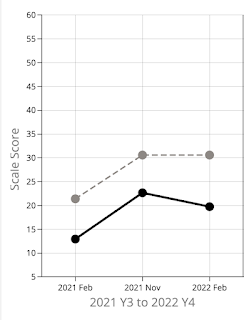 It is clear from this data that the children are across the board not reaching the level we aspire to in mathematics. But why?
I have had a number of discussion about this and while this has always been a challenge it is made larger bu the inconstancy of schooling over the past two years.
I believe that memory of facts and ability to recall and use these to build mathematical knowledge. This seems and is a huge challenge but I believe that increasing knowledge of facts will have a huge impact for all learners but specially those stuck at a counting on level.

Posted by Clarelle Carruthers at 12:01 No comments: